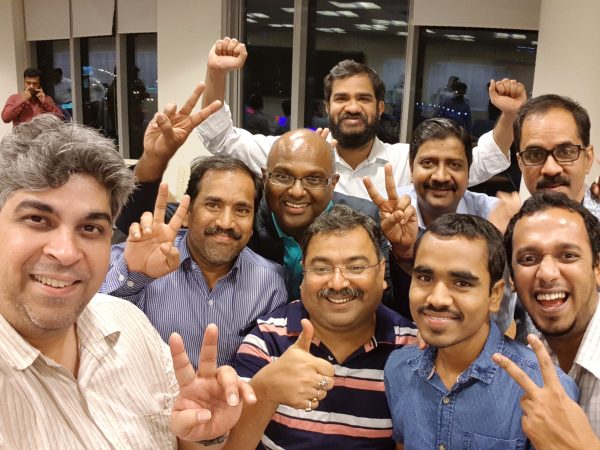 Evolvus team has successfully completed the ABK Data Migration Project, much ahead of schedule and zero post migration issues. ABK Data migration project went live on 22nd October 2017 with Ahli Bank of Kuwait moving from Legacy Equation system to Finacle Core Banking System. The Bank opened to serve its customers on a new platform without any hitch.

ABK project started on March 2016 and reached its culmination with the Kuwait cutover migration on 18th, 19th and 20th Oct 2017. The team consistently performed and handled changes in requirements and the development of complex scripts. With a hands-on client, the team had to contribute beyond expectations. But deliver it did, with an implementation quite ahead of schedule and zero disruption in operations.

“The spectacular outcome for ABK bank is testament to our capabilities. The experience and energy of our team was instrumental in ensuring deliveries that was beyond customer expectations. The team members Alavudeen Badushah, Sanjay Tamhane, B. Kumaresan, Sharanappa S and Gopalakrishna K need special mention for their hard work. The support from management was pivotal, with Karthik, Prashant and Anish’s rock-solid presence. Balaji, Srinivas and the entire HO provided unwavering support and encouragement to the team. Overall it was not just the team on the ground but every member on and off-site who contributed to the success,” say Vijay Dorairajan, Project Manager.

It was not all work and no play for the team. they were active participants in the 10th anniversary festivities, office events and the final cutover celebrations. The successful completion of the ABK project is a great achievement for the team.